I only got through four books this week – well actually it was three and a half – read on to find out why.

Mortimer Keene is full to bursting with madcap plans, and if it’s trouble you’re after, look no further! With laugh-out-loud illustrations, rollicking rhymes, and short chapters perfect for new readers.

The Beast of the Bay has stolen six people on the school fossil-hunting trip. The coastguard are no use – the monster has destroyed their helicopter. Can Mortimer use his new aquaplane to stop the monster before it’s too late?

I love the diagrams, fact files, glossery and craft activity at the end of the books!  Although written for new readers,the language is really rich.  There are lots of super words to explore but the humour makes it feel ‘light’.  I would thoroughly recommend these books – to everyone!
P.S. Please let me know what type of voice you use when reading Mortimer Keene’s speech dialogue – I definitely went for a young Wallace (from Wallace and Gromit). 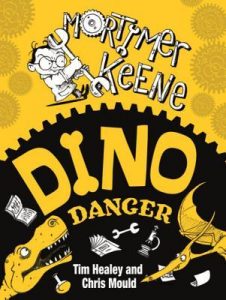 When the school is sent back in time to the Dinosaur Age, it’s up to Mortimer Keene to save the day!

Apologies if this book is not back in the library on Monday.  My son, Ben, loves it – it has been a ‘bedtime book’ for three consecutive nights.  I strongly suspect that it will appear in his letter to Father Christmas!

Young Hank Zipzer: Bookmarks are People Too! written by Henry Winkler and Lin Oliver and illustrated by Scott Garrett 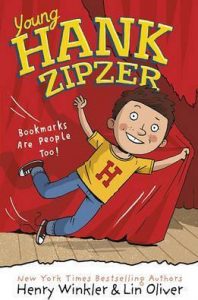 Yep – it is written by that Henry Winkler a.k.a. Arthur Herbert Fonzarelli!  Now you have even more reason to read this book. 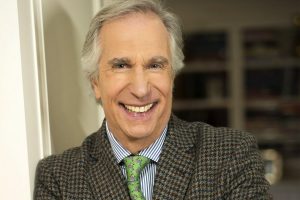 Hank stars the same Hank as in the bestselling Hank Zipzer series, only this time he’s in 2nd grade!  In the first book in this new series, Hank’s class is putting on a play, and Hank wants the lead part: Aqua Fly. But he freezes in his audition and can only buzz like a fly. His teacher creates a special part for Hank, a silent bookmark. This may seem like an insignificant role, but when his enemy, Nick McKelty, freezes during the performance, it’s up to Hank to save the play!

Here is what you need to know about me:

The book is printed using a dyslexia-friendly font. 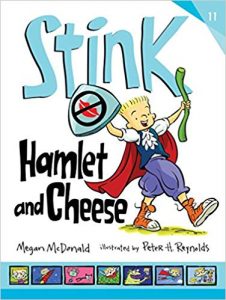 The eleventh book in the internationally popular series about Judy Moody’s little brother, sees Stink’s stepping in to the world of Shakespeare.

It’s spring break, and Stink is faced with a difficult choice: hang out at home with his sister, Judy, or become a Shakespeare Sprite with his friend Sophie of the Elves. Hanged be! When Sophie tells Stink that there will be swordplay and cursing at Shakespeare camp, his choice is made. But wait! How now? The eager young thespian hadn’t counted on Riley Rottenberger being a Sprite, too. And he positively had not counted on being the only boy! Fie upon’t!

It is okay not to like a book – and to put down if you really don’t enjoy it. I thought it was funny in places – but I think I just preferred Mortimer Keene. Sorry! But don’t follow my opinion – you may love it!