Yettington residents Colin Yeats and Roy Letten both worked on the Budleigh branch line railway until it was closed in 1967. “We’re really grateful to Colin and Roy for giving up their time,” said Fairlynch volunteer Kate Somerby, who had organised the visit to the museum by pupils from the town’s St Peter’s Church of England Primary School. “It was a very special experience for the children to learn what the railway meant for Budleigh and its people.”

Budleigh Salterton was connected to Sidmouth Junction by a line from Tipton St John that opened in 1897 and six years later the track was extended to Exmouth. The pupils were excited to be able to handle the ceremonial silver spade used by Lady Gertrude Rolle on 6 November 1895 to cut the first sod for the building of Budleigh Salterton station. They were also given the chance of wearing the station master’s cap.

The theme of the school visit on 7 October was ‘Domestic Changes through history.’  Other areas of Fairlynch Museum studied by the children included the costume, lace and toy collections. 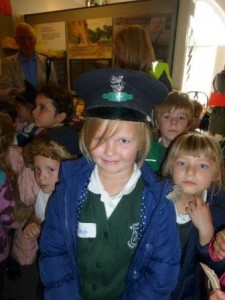 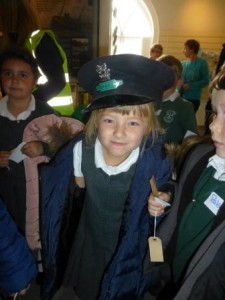 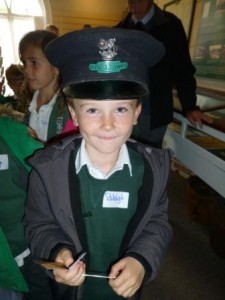 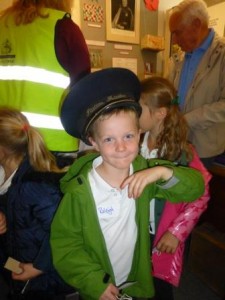 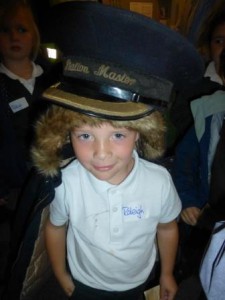